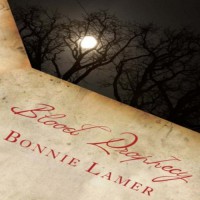 Another YA Contemporary Fantasy sequel that I liked better than its predecessor.

The Fairy mercenaries may be back in their own realm, but the Witches still want Xandra dead. Fearing an ancient prophecy, the Witches are determined to keep Xandra from destroying the world. Still new to her magical powers, she must learn to use her Witch magic in order to protect herself and those she loves.

Now, if only she can get her magic to cooperate. Once again, Xandra is tasked with determining who is friend and who is foe as she faces this new threat. Not to mention digging around in the family skeleton closet to find out what else she's never been told. In the end, will she be powerful enough to take on the eight most powerful Witches in the world?

Source: I purchased the book myself from Audible. It is available exclusively from them.

This is Book #2 is the (very long) "Witch Fairy" series. So far, the first 4 are available on audio, and there are indications that more are coming.

I liked this one more than the first. There is more going one & more people involved. Plus the initial antagonism between the original characters is mostly resolved.

Xandra: We know from the start that she's a special snowflake with a prophecy about her. I like that her unique heritage continues to cause as many problems (magic/power wise) as it solves. (Although I do think that things are sometimes resolved a bit too easily, and that the others should be allowed to participate more.) She continues to be more than a bit of a smart-alec.

Kallen: There are novellas that tell each story from his POV. I quite liked the one for Book #1, which is the only one I've read so far; and which actually improved my rating of the original book. The problem (for me) is that they aren't available on audio. So I personally wish the material was simply integrated into the main books.

Without the information in that book, he is a very typical YA hero - tall, gorgeous, powerful, adoring. With it, he is much more interesting. I like that he takes her emotional temperature, and defends her father.

Xandra & Kallen: They really still barely know each other (and come from very different backgrounds), so they naturally have misunderstandings of various magnitude throughout the book. I like that, typical teenage response aside, they always get around to talking about it.

It is interesting to watch Xandra & her parents try to find a new dynamic. She is still only 17, but has become very powerful. And their foolish choice to keep her in the dark about her heritage still stands between them somewhat. I really like her (human, ghost) Dad.

Like the first book, this takes place almost entirely on the mountain where Xandra was raised. The first one introduced witches & fairies, this book eventually adds a third group (I won't say who, to avoid spoilers).

We learn quite a bit more about the witches government here. And also more about their kinds of magic. Note: I was thinking that the poetry of the witch spells was kind of lame, when Xandra called out that very thing.

This book beginning the next morning after the previous one ended. The beginning did a good job of getting you up to speed (Xandra even says, "long story short")

The ending resolves the current problem completely, but then throws in a new element.

I COULD HAVE DONE WITHOUT: I still seriously question the wisdom of sleeping together when you don't intend to have sex. (This is especially true when a lapse in control would mean you were automatically married, and you aren't ready for that. Note: Xandra specially expresses that she thinks the whole sex = marriage thing is out dated.)

: There is some heavy making out.