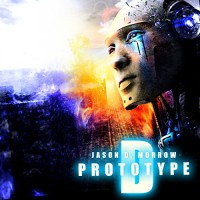 Had some difficulties connecting with this post-apocalyptic tale, but I’m a fan of the protagonist Des.

A hundred years after the world is decimated by nuclear wars, humanity has been reduced to a surviving city of people called Mainlanders. They have food, water, and a wall that separates them from their enemies - the Outlanders. Branded as savages, the Outlanders have grown in number and their attacks against the city have become more brutal. Increasingly, they threaten to overtake the city, bringing with them the doom and destruction that has plagued mankind for over a century. What the Mainlanders need is a weapon.

SERIES INFO: This is Book #1 of a series that, according to the author, will have 4 books in total. The ebook of Book #2, Prototype Exodus, was recently released and the audio should be available in April.

I am sad to say that this book never rose above average for me, due to the difficulties I had connecting with the majority of the characters and with the plot. However, I really liked Des and am looking forward to reading his further adventures.

Character comments: Hazel (Des’ inventor) - Her neglect of her father and treatment of Esroy made her hard to like. / Esroy (A.I.) - I couldn’t help feeling sorry for him. / Gizmo (the Pollyanna style companion robot) - he would probably drive me nuts if he were mine, but he was fun to read about.

The beginning was great. I loved Des right away and felt like the opening chapter presented his situations clearly and sympathetically. He was the true heart of the story. I also liked his interactions with Hazel’s father. I only cared about the rest of the story in so far as it dealt with him.

The book has some well-written and intense action sequences, for people who like those. The ending resolved the current situation, but leaves many changes to be dealt with.

Note: this book contains no significant swearing and no sexual content, which was much appreciated.

NARRATION: Smooth and nice sounding, no falsetto females / Listened on 1.25 speed (my usual)

FAVORITE PART(S): The opening scene, where Des awakes and immediately begins to demonstrate his humanity, despite being a robot. / Quote: “he had never seen the sun before. He could have scanned the archives embedded in his memory, but having knowledge of the sun and actually experiencing its warmth were two different things.”

MY RATINGS:
--Enjoyment: AVERAGE
--Re-readability: LOW - but I am planning to read the sequel.
--Narrator Impact: AVERAGE

If you think you might like it, but aren't sure, the Kindle version is currently free on Amazon here.

Near the beginning of the book, Hazel, the creator of Des, has to use an activation code in order to make Des come to life. The activation code is 03311596. This is the birthday of the French philosopher and mathematician, Renè Descartes (pronounced day-cart). Des is named after Descartes because of the philosophers writings entitled Passions of the Soul. That, and I like the name Des for a robot.

Another character, Esroy, is a lot less involved. My wife and I were teaching in at a school in South Korea last year and there was a little boy who went by the name S. Roy. I thought it sounded like another good robot name and I came up with Esroy.

I love to sprinkle little bits of my life into my books. Oftentimes it has to do with locations. If you ever find coordinates or familiar-sounding towns or cities in my stories, there’s a good chance I’ve been there.

*He revealed it here first!

I use all of these. Audiobooks are a must for long trips across the country. Ebooks oftentimes offer a great deal since it costs nothing to produce a copy. But a book with pages always feels right. I mostly like paper books because you can always tell how far you have to go by where your thumb is placed. Turning that last page is always a bittersweet moment, too.

From start to finish, Prototype D took about two months to complete. Once I have a book planned out, it doesn’t take very long—just the daily grind. The editing process can take a while. It can be the most fun part and the most frustrating, but it’s also the time when you get to see the whole book come together.

What is the hardest thing about writing?

I think sometimes the hardest part (but also the most exciting) is starting a book, particularly the first book of a new series. For me there is a lot of planning involved and getting everything together to try and make the best story possible. In this stage you have to decide what is worth pursuing and what has to stay behind. One of the hardest parts is discovering that a storyline you love ends up getting edited out because it simply isn’t necessary to the overall plot.

That said, I wouldn’t have written eleven books now if I didn’t enjoy it. And there is always more on the horizon. In fact, I just released the sequel to Prototype D last week. It’s called Prototype Exodus. Ebook versions are available everywhere, and the audiobook should be ready in April of this year.

Readers can sign up to my mailing list by visiting jasondmorrow.com. I don’t send spam and usually only send out an email when I release a new book. Also, if anyone is interested, my wife and I have a blog and youtube channel for our travels across the world. goodmorrows.com or youtube.com/morrowsinkorea